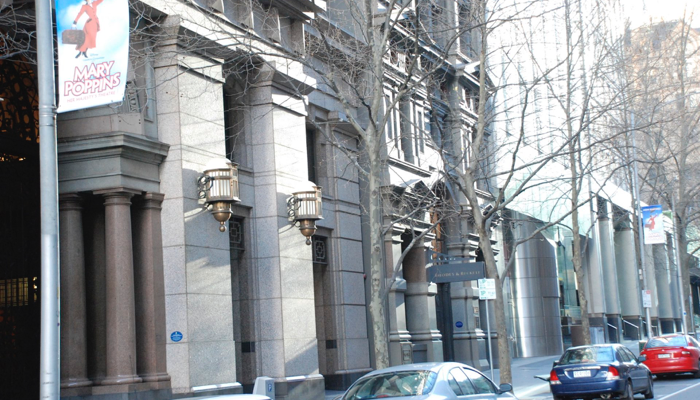 A gerrymander in the CoM delivers businesses with two votes and residents with one. CoRBA has waged a decade long struggle to address this injustice.

In 2014 the Baillieu/Napthine Government finally undertook a review of electoral processes for local govt. elections- including the CoM.  This was a major and momentous victory for CoRBA. This document, the Georgiou Review, recommended many necessary reforms and released, regrettably, just before the caretaker period. CoRBA intends to pursue implementation of this review with the new State government Minister for Local Government Natalie Hutchins and through local member Ellen Sandell.

We continue with this objective, working alongside other resident groups with a long way to go. The CoM spends a great deal on various types of engagements yet constituents remain dissatisfied with lack of demonstrable impact.

Victoria Market, Royal Exhibition Building & Carlton Gardens, the Palace Theatre (a lost cause) have been on the table throughout the year.

Royal Park (the East/West Link), Carlton Gardens, Fitzroy gardens have been the focus due to threat from infrastructure projects and inappropriate events that threaten the integrity of these spaces. Commercial events continue to erode public access.

Through various PCCC (Police) groups the community has been able to address their local issues but also bring to CoRBA the concerns that need to be addressed by a larger group. The majority view seems to be that Police are running these groups without the level of consultation that had been “promised” to community.

The Municipal Strategic Statement (MSS) has been of ongoing concern. Residential zoning, 25,000s.m cut off point for ministerial referral, high VCAT fees, number of high towers and overshadowing. Population densification without regard to infrastructure is a continuing concern.

Of particular concern, which links planning, good governance with electoral reform is the fact that a planning application may see several councillors unable to vote due to “conflict of interest” having accepted campaign funds from developers or other bodies. Thus leaving the Council without a quorum! Matters are then decided under delegation effectively sidelining our elected representatives. This has occurred 4-5 times already this term.

CoRBA supports better public transport and planning. The East/West link was opposed not only because of cost and other factors, but the willingness of responsible authorities to sacrifice our open spaces regardless of community. We were very displeased with the way in which Council colluded with the Napthine government by permitting drilling and relocation of sporting facilities in anticipation of the construction of the tollway. We are interested to know “what now?” And will be advocating to the new Minister for Transport and the Federal government hopefully for Metro One underground rail.

That sums up a busy year and work in progress for CoRBA. We remain committed to our values and hope to have a busy and fruitful 2015!